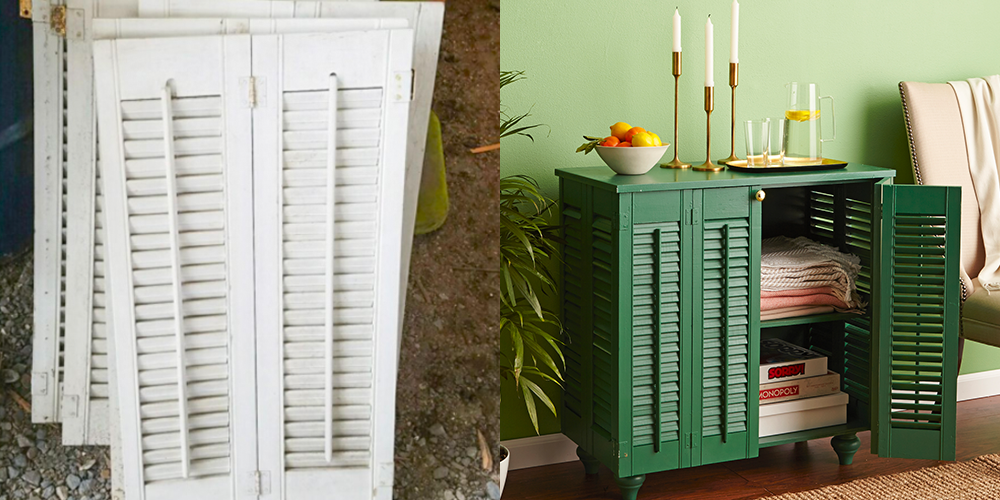 When we think about upcycling, we tend to think primarily of some of the exquisite pieces of solid furniture we may have seen in the past. Items such as coffee tables made of railway sleepers that have been soaked in the preservative oil of old locomotives for close to a century or more. Well-crafted home furnishings created by committed artisans are becoming more and more available even online.

If asked about the history of upcycling, we would probably say that it was a fairly recent innovation, that the drive to manage our environmental impact in recent years was the spark that set it off.

The truth is a little more nuanced than that. First let us have a look at just what upcycling is, then we will look at where the term came from. Finally, we will examine the actual history of the concept behind it.

The Wikipedia article on upcycling has what we think is one of the best phrases we have seen to describe it, “creative reuse”. This sums it up in a nutshell. Upcycling is all about adding value to materials and items that were formerly seen as waste and in the normal course of things would either have been disposed of or destroyed in some way. It is the process of finding new, and potentially very different, uses for the items. At its simplest form it may be sanding down and old chest of drawers and replacing the handles with something different to the originals also sourced from somewhere different. It adds value to waste rather than treating it as waste.

There is some difference of opinion between the various authority sites about when and how the word itself first came to the public eye or fell into common usage. Some credit the 1998 book by Gunter Pauli of Germany as first introducing the term to the world. Others feel it was the more recent book by William McDonough and Michael Braungart published in 2002 and titled ‘Cradle to Cradle, remaking the way we make things” that was the inspiration. Yet other credit Reiner Pilz’s 1994 article for Salvo. Each of these seems to bear at least some weight of credibility and it would be hard to be definitive about which was the more influential. Regardless, the term has certainly become very much part of the vocabulary of the 2000’s.

When it comes to the history of the concept it is much older than it would seem. Although we have the modern buzzword ‘upcycling’ to describe the process cast your minds back a little way and some instances of adding value to waste materials or using them in alternative ways should become apparent.

Think of the ‘make do and mend’ post World War 2 campaign which saw parents cut up the old clothing of elder children or hand me downs from adults and sew potentially completely different items of apparel from the old cloth. This, surely, is an example of upcycling. Or the punk movement creating distressed clothing from throwaways. We have other examples as well, think of the soapbox racer derbies of early 20th century Americana. Here old fruit cartons for example would have pram wheels affixed and become vehicles. Definitely an alternative re-purposing of the original materials.

So where does furniture fit into the history and why did we flag it up? Well, when looking at the older examples of upcycling and creative reuse you will often find these were driven by harsh economic needs and were low value items. Even the recreational racers were not high-ticket items.

The difference for us is that over time the items being upcycled have become more and more valuable. Some upcycled furniture now is certainly high ticket, and you would rightly expect it to last you a lifetime.